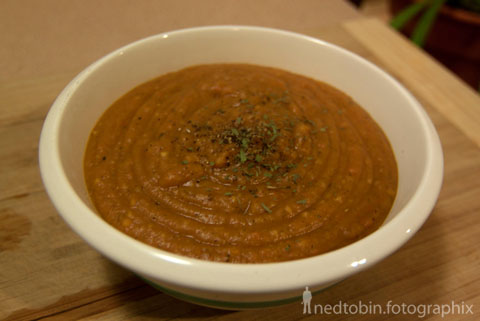 My friend Melissa over at Eyes Bigger Than My Stomach just did a most delicious looking salad that is based on Pomegranate and Persimmon. It looks absolutely splendid! I, myself, have been eying up the persimmon’s at the market, wondering what the hell to do with them if I did ever get them! Lone behold, Melissa to the rescue. 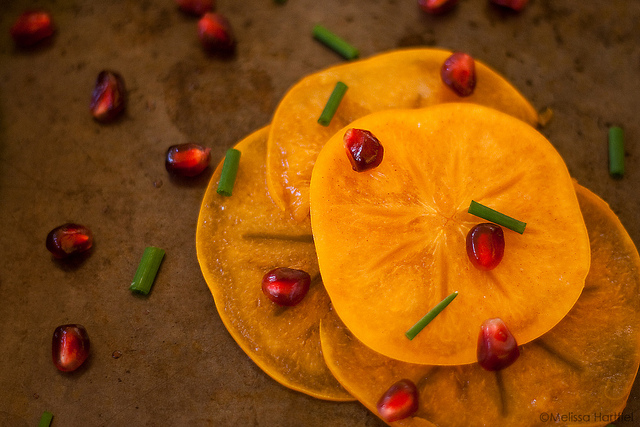 You can judge for yourself.

So, without further ado:  the Melissa version of the Endive Salad with Persimmons or as I like to call it: 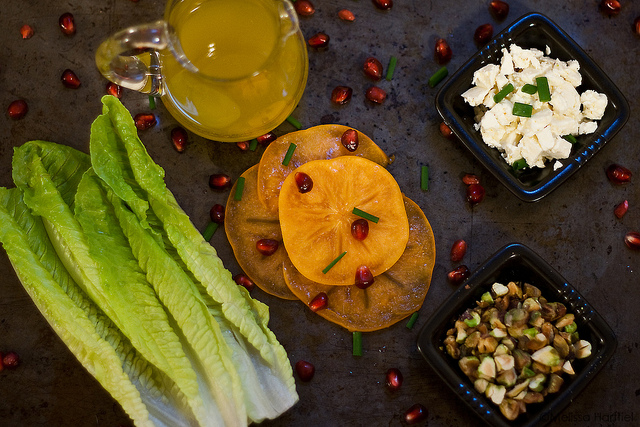 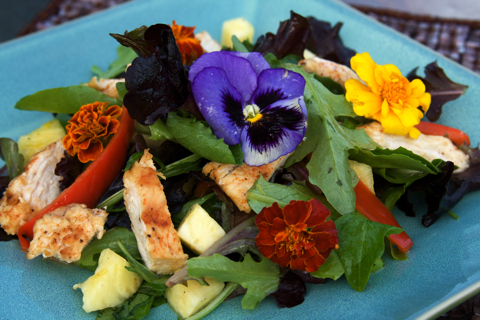 The Pork Rust is so named this way because the rusty look that roasting or frying the veges get.

I always start off when I have potatoes boiling enough water to boil the taters. Get the water boiling. Dice up the yams while your waiting for it to boil, for when it does, put the cubes in. I usually add dill to the rice and the potatoes. 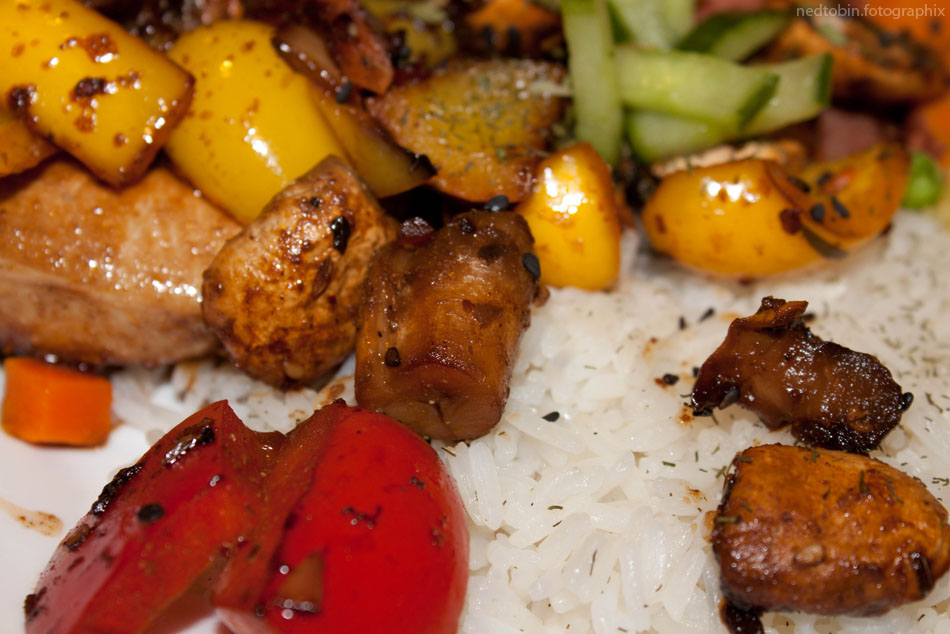 Then measure out 2/3 a cup of rice, and rinse it a few times, then match the rice with water (this is for jasmine or basmati, brown rice takes different quantities). Once you have it measured, bring the water to boil and then turn it down very low for 15 min.

Once these two are going, fry the pork, with about 1/2 a teaspoon of tarragon, and sesame seeds. I also put a dose of teriyaki sauce on it right now. Mix the spread around a bit so it is evenly spread across the whole pork, this gives it delicious flavor.

When the pork has just been put on, I’ll dice up the onions and garlic and put them in their own frying pan with some olive oil to get them cracking. After these have been frying for a few minutes I will add the rest of the diced veges to the fry.

When I flip the pork after about 5 min, just check the bottom you want to see a bit of brown if its on a fairly hot heat. Don’t crank the heat or you’ll just burn the pork and keep it raw on the inside. 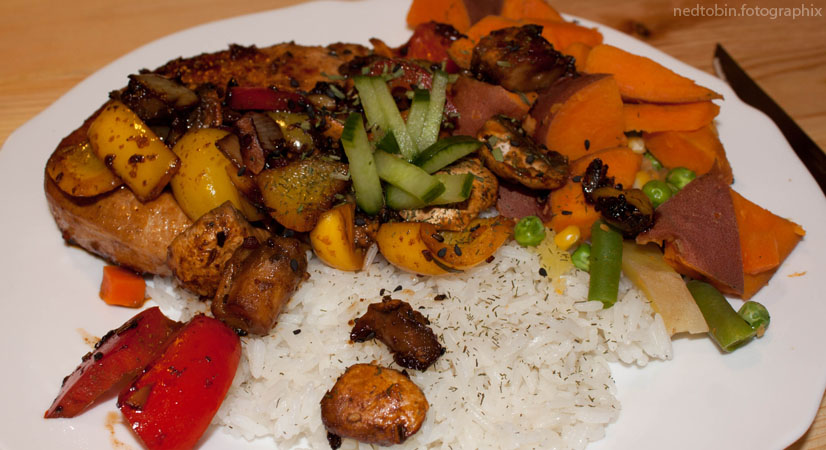 Keep an eye on the rice, when its done if you timed it right, everything else will be done and you’ll have to only make a nice garnish to suit your style. I choose a diced cucumber with some sprinkled sesame seeds and tarragon with a bit of dill.

Does it look yummy? How did yours turn out? 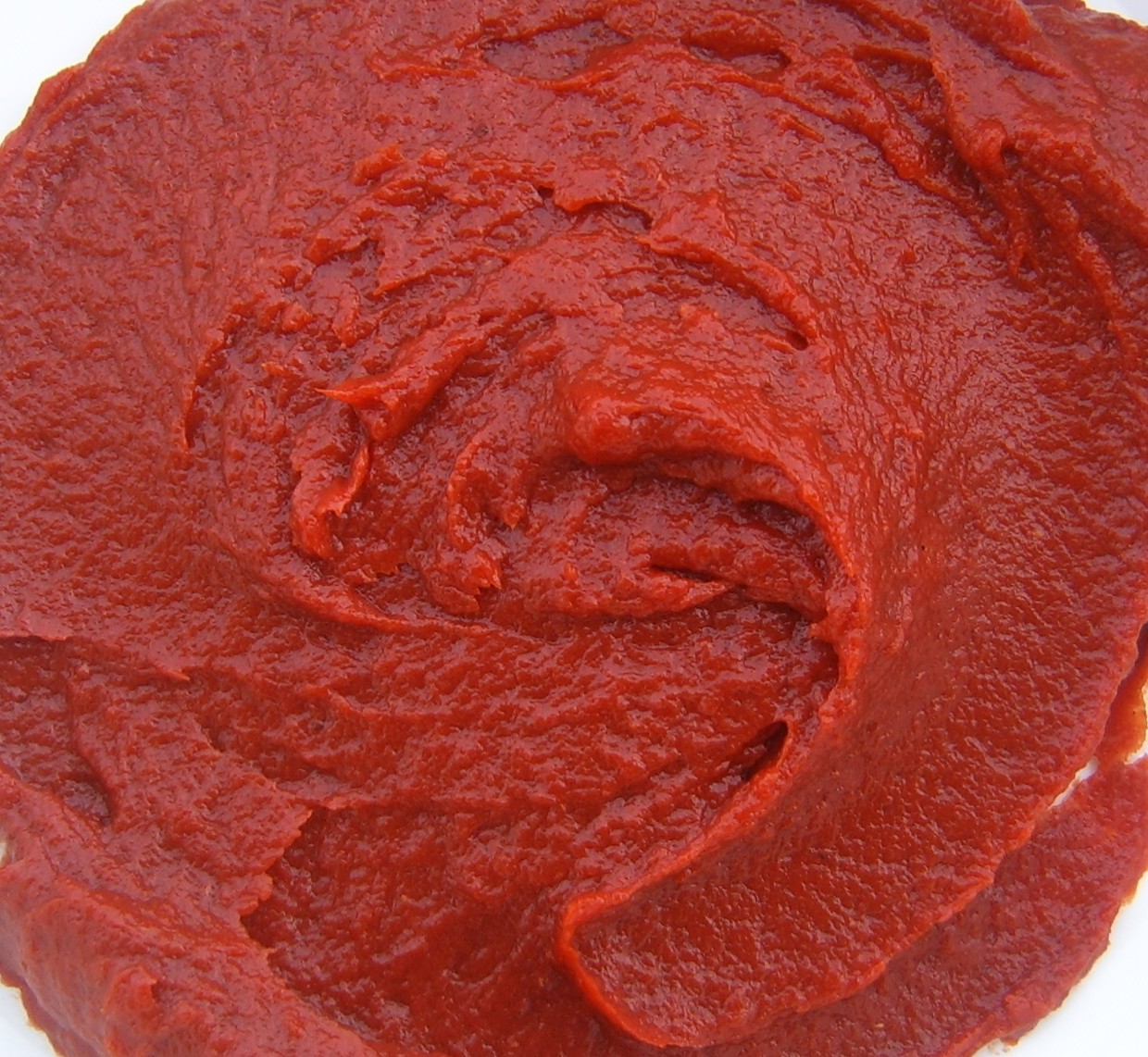 This is a recipe that I have perfected after many mild alterations throughout the years.

First, get the paste in a pot. Put this on heat that just gets it bubbling a little bit. To much bubbling and you’ll get burning on the bottom of the pot, and splashing over the top which makes a mess on your oven top.

I use one of the now empty can’s to fill about half way with water, and stir in a bit of water at a time. Don’t put to much water in or it will make the sauce to liquid, but ensure you keep adding some over time, as it is required to make it a little less thick.

Add all the spices, be light on the cumin and wait on the cinnamon. Don’t be afraid to be extra heavy on the oregano and basil. That’s what its supposed to have! I love adding black olives too. It just makes it amazing! I would also suggest some fried garlic if you so feel inclined to prepare a bit.

Only add 1 (or 2 if the dish is big or you want big flavor) cloves. They are strong.

Stir it constantly as it simmers. Make the rest of your meal at this point, let the sauce simmer for the whole time.

Near the end, add a bit of cinnamon, this, I find, is my secret spice and makes this tomato sauce extra special with a bit of signature to it! 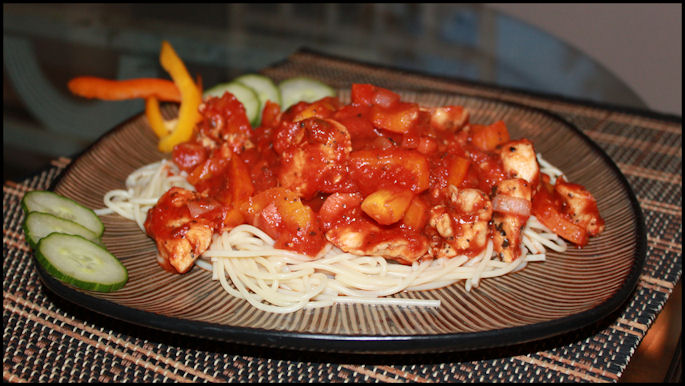 What is now to be known as Eggplant Mingus was made tonight, called so for its wide variety of foods in the dish. 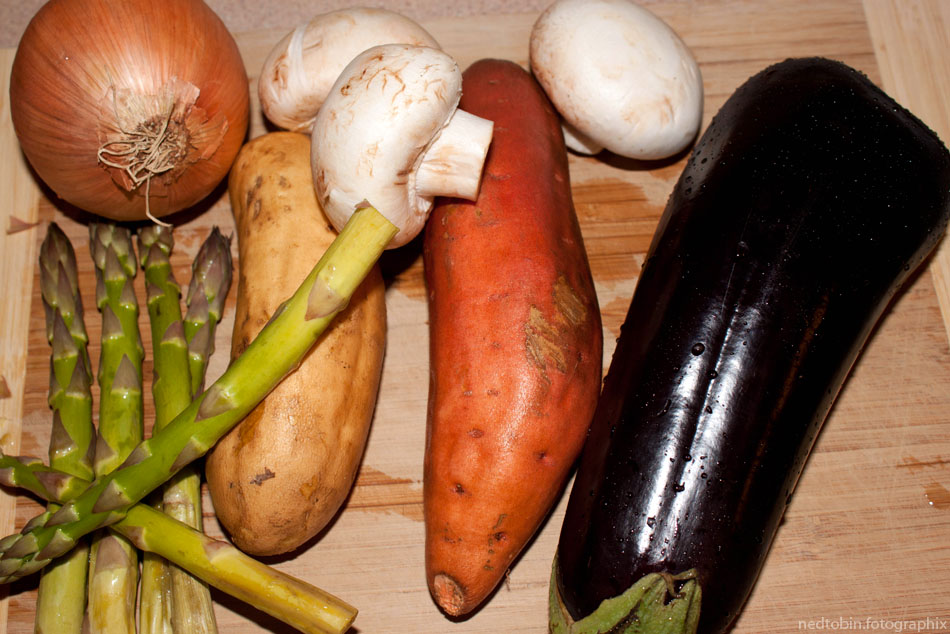 What you need to feed two healthy boys:

To start, I always get the water boiling for the potatoes. They should be washed and diced into your own style of chunks for boiling. When the water comes to a boil put them in. 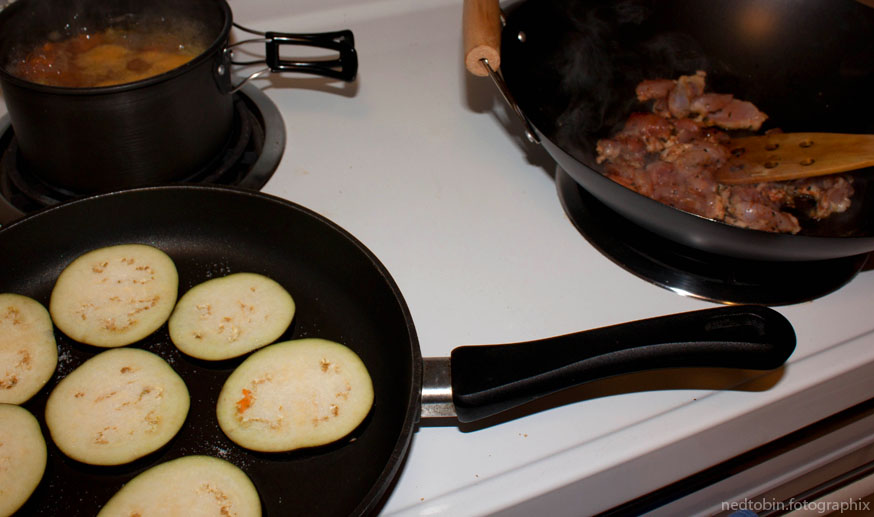 The Eggplant should be chopped into ~1-2cm slices and put on a pan to let the eggplant sweat. After 5-10 min they’ll be sweating, wipe that off and lightly cover them with a mixture of olive oil, balsamic vinegar, oregano, and salt. Remember to save half for when you flip them in the pan. Once you’ve got the mixture on the eggplant, turn the pan on fairly high because to make sure you get them nicely browned. Watch them carefully though, cause they can burn quick.

Chop up the chicken and put it into the frying pan with about a half teaspoon of paprika, tarragon, chili powder, oregano and sesame seeds on the chicken, as well as a bit of olive oil to hopefully stop the chicken from sticking to the pan. Put this on med-high heat, and fry.

When the chicken is nearly done, I add the mushrooms chopped into cubes, and the diced onions to give it a interesting flavor. The eggplant should be flipped by this time, and working on its second side.

I would also at this point put in the asparagus. I just put mine in with the potatoes because I was running out of elements. They really don’t need to cook for long, ~ 3 min. 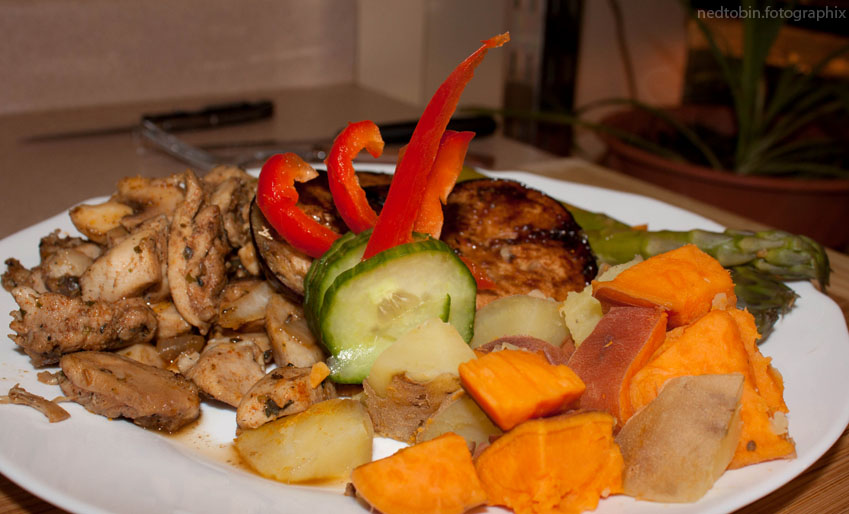 Take some time to add something pretty to the dish, I chopped up some cucumber into almost all the way through slices, and then sliced some thing leaves of red pepper to stuff in each slice. It adds some more veges to the mix, and bring a whole lot of color!

Don’t be afraid to put an extra dash of salt on the eggplant!

Look good? Tell me how yours went!