Pilates rubber bands, also known as Resistance Bands, are probably the most versatile, compact, and quick piece of exercise equipment that can be used and owned. Exercising at the gym, at least for me, tends to focus on free weights, doing three reps of 15-20, and around four different exercises sets. But, with pilates rubber bands, I do about 20 minutes with them and I’m exhausted. This falls into my ideal range, as I like to do short spurt workouts all day, rather than focused into one hour long exercise routine. 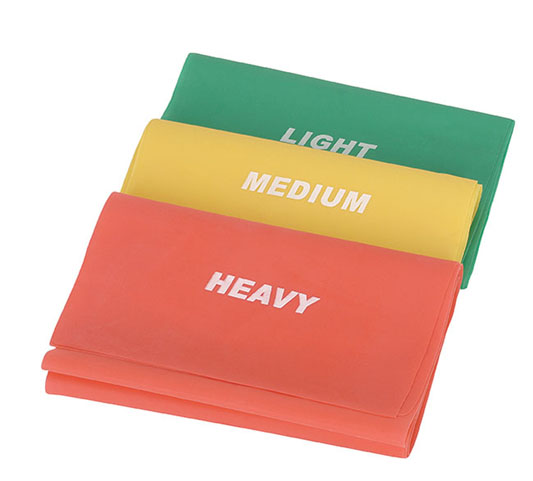 They work the muscles in an entirely different way than dumbbells do, in that you’re pulling the rubber apart, rather than fighting against gravity. Dumbbells do provide a lot of freedom when compared to a machine, but the rubbers provide that much more freedom than dumbbells do. On top of this, you’re pulling against your own resistance, so you’re working your muscles in multiple ways at once. In this way they’re more of a defining exercise than a muscular building one. 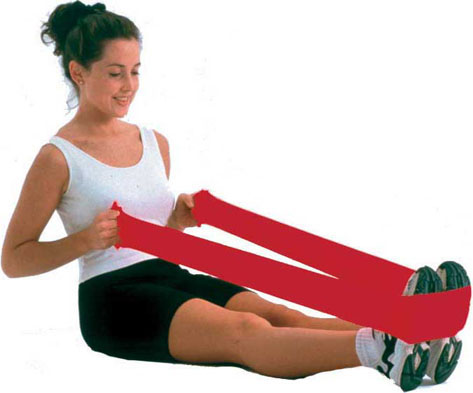 I find that using the pilates rubbers makes my routine more like that of a yoga routine; I do about 4 or 5 positions for as long as I can in each position, and then take a little break, which I often infuse with some sit-ups (on an exercise ball)! At the end of doing this, which is usually twice, my body is more exhausted than an hour of exercising at the gym. Don’t get me wrong, the gym is a very good exercise, but the pilates rubbers are a different type of exercise. It’s more of an intense but short, full out push, where as the gym for me is usually a focused and steady muscular refinement where I come away feeling my muscles ache, rather than my whole body dead. Maybe you get it or maybe you don’t, but I highly suggest you try and work the rubbers into your routine. 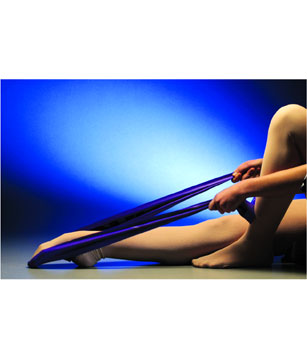 The pilates rubbers can be picked up at most sporting good stores, Wall-Mart or Zellers. Good luck!