The last few people I’ve told about starting a gluten free diet have responded saying: “I have so many friends doing that right now, hardly any of them lasted a month when they tried.” Well, I have a handful of friends who are heavily effected by gluten, and have taken it completely out of their diets for at least a few years now.. so…

I challenge you to try it. Go gluten free for 2-3 weeks. See how you feel afterwards?

The positive effects of removing gluten from your system are very subtle for some, and strong for others. It is reported that 1% of Americans have diagnosed celiac disease – abnormal immune response to gluten that damages the lining of the small intestine. It is also estimated that 99% of celiacs do not know they have it, and are walking around in pain because of it. Symptoms include: diarrhea, anemia, bone pain, and a severe skin rash called dermatitis herpetiformis, weight problems, abdominal pain, bloating, fatigue or weakness, canker sores, lactose intolerance, headaches or migraines, gas, depression, respiratory problems, hair loss, acne, infertility, miscarriages, lupus, irregular stool, acid reflux, muscle cramping, joint pain…. 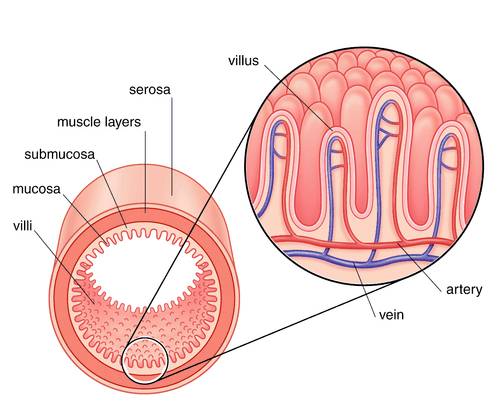 The only way to really know if you have celiac disease is to get tested, so if you’re concerned, see your Dr.

It’s reported that gluten causes gut inflammation in about 80% – 95% of the population, and another 30% of the population develops antibodies against gluten proteins in the gut. Typically this is good news to have the antibodies in the gut to help react with the gluten proteins and break it down to avoid letting it enter the bloodstream, however, because gliadin is remarkably similar to the proteins found in the heart, thyroid, or pancreas, these antibodies can end up attacking these important proteins found in your organs, instead of – or as well as – the gliadin. This is bad, obviously.

Celiacs mainly have the problem that their small intestine – the villi – is damaged which prevents the body from absorbing nutrients. Further, it can promote toxins and gluten fragments to pass through the damaged intestine wall and enter the bloodstream. When your body sees these toxins, and proteins in the blood stream it attacks. A celiac then becomes malnutritioned.

To top it all off, gluten is strongly associated with cancer, and is known as cancer promoting.

More negative effects? Wheat germ agglutinin (WGA) can irritate and cause premature cell death in the gut, which in itself can lead to a leaky gut condition which is of course not good. This can lead to bacterial overgrowth and with it a host of digestive issues like ulcers.

If the lectin ends up getting into the blood stream, and circulating through the body and brain, it can cause a leptin resistance that promotes obesity – not unlike insulin.

WGA causes vitamin D stores to deplete abnormally, which means weakening of bones and a weakening of the immune system.

Opioids peptides are found in wheat which is heavily addictive – they are of the opiate family. Some people experience withdrawals when removing wheat from the body, this is from the opioids peptides. These opioids are also associated with Schizophrenia, and when wheat has been removed from Schizophrenics diet, they have found symptoms reduced.

Not all people have enough effects to be labeled a celiac, but many people are effected by gluten. Many people who remove gluten from their diet will say they feel lighter, more energy. For myself, I feel less like my ass is dragging around on the ground all day!

So, if I’ve made you think about removing gluten or wheat from your diet, you must be aware of a few things.

If you remove any food which you’ve been eating for a long time from your diet, you risk becoming deficient in certain vitamins that that food has provided you. Gluten provides stores of: Vitamin B, calcium, iron, zinc, magnesium, and fiber. So make sure you’re introducing other foods that are high in these nutrients.

As always, it’s highly suggested that you’re wary of food, gluten free or not, that you eat. Do not feel that just because it’s gluten free it’s good to eat. There are a lot of foods that are marked gluten free, but are high in saturated fats, calories, and little nutrients. Your best choice is always fresh natural foods.

Within a few days of removing gluten from your diet, the healing process will start. Intestinal damage may take much longer to heal. But, it is known that the more you stick to your diet, the faster the recovery. 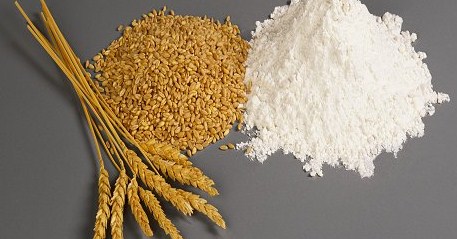 A good rule is to always read labels.

And one last sad note: there is gluten – hordein – still present after the brewing process of beer. So, no beer.

I challenge you to try it. Go gluten free for 2-3 weeks. See how you feel afterwards?

Sites referenced in this article: